Baseball Drops a Tough One at Campo, 5-2 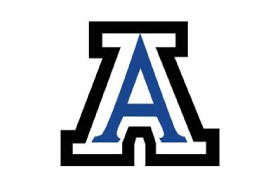 The Varsity Dons travelled to Campolindo on Tuesday to take on their friends and foes in what always seems to be a hard fought, entertaining battle.  Ethan Rowland (sr) was matched up on the mound against Colin Godfrey (Campo sr headed to Chapman) in a hard throwing battle.

The Dons drew first blood in the 3rd, when Dante Montgomery (sr) drew a leadoff walk, and then turned over the baserunning to Miles Bergman (sr) on a fielder’s choice.  Bergman advanced to 2nd on a wild pitch and then came in to score the 1st run of the game on a hard-hit ball by Will Berrien (sr) that the 2nd baseman couldn’t handle.  The Dons added a second run in the 4th when Connor McPhail (sr) also drew a leadoff walk and came into score on a line drive single to right-center by Dante Montgomery (sr).

Meanwhile, Rowland threw beautifully for the first 3 innings, giving up just 1 hit and striking out 3.  However, the Cougars bats came alive in the 4th and they were able to put 5 runs up on the board.  Benjy Braunstein (sr) came in to relieve Rowland and kept the Cougars off the board for the rest of the game, giving up just one hit over 3 innings.

It was a tough loss for the Dons who outhit the Cougars, and it dropped them into 2nd place in the league.  They can move into a 1st place tie with Clayton Valley by beating Campo on Thursday at home at 4pm.  Come on out and bring some energy!