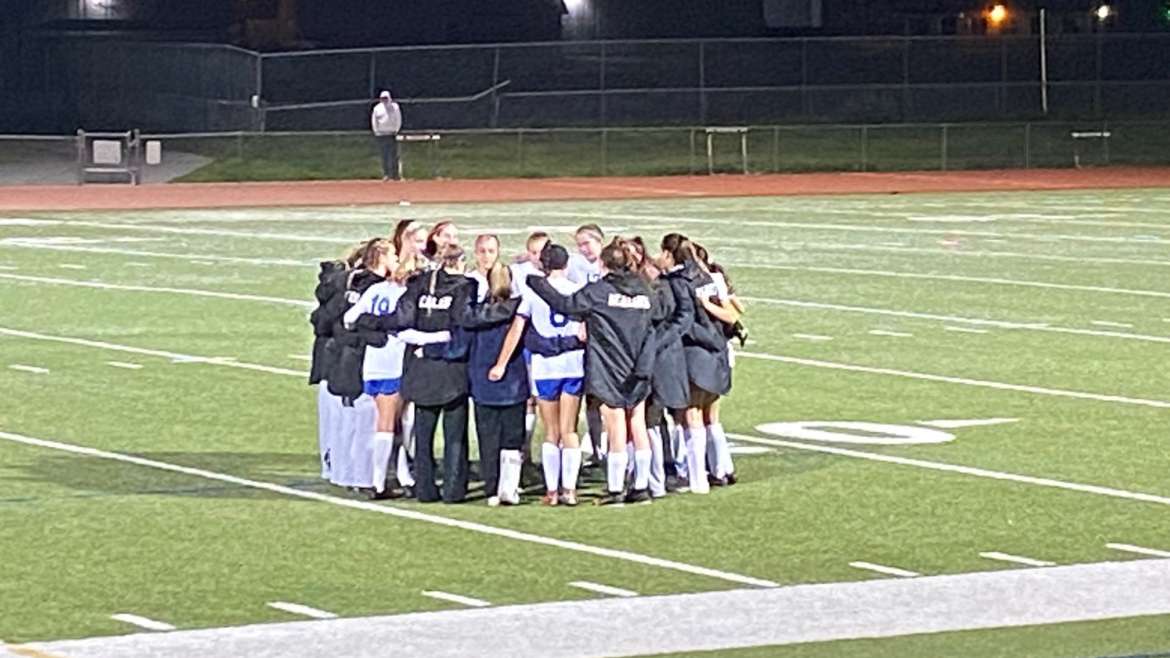 The Dons traveled to Northgate for a Saturday evening match-up against the Mustangs and came away with a strong showing and a 4-1 victory. Senior Natalie Means put on a scoring clinic for all in attendance and was credited with all four of the Dons’ goals. She scored her first less than two minutes into the game with a beautiful curving shot over the Mustang goalie off of a throw-in from fellow senior Sammy Hess. The Mustangs showed their frustration by fouling early and often. Means scored her second goal of the match with 27 minutes left in the first half, assisted this time by senior Lauren Yee. Means’ third goal of the night was assisted by junior Jacque Peacock with just over six minutes left in the first half. Though the Dons’ defense held strong for most of the match, they relaxed late in the first half and allowed the Mustangs to score with less than two minutes left in the half. The Dons went into halftime with a 3-1 lead. Means capped off her scoring spree with her fourth goal of the game with just over 26 minutes left in the game. The Dons looked skilled and poised throughout the 4-1 win.

The JV Dons also had a solid performance with a 2-0 win over the JV Mustangs. Freshman Sienna Houston scored both goals for the Dons, with an assist by sophomore Megan Yee. Goalie Mya Dunne and the Dons’ defense made all of the necessary stops in the shutout win.

This week will be a busy one for Acalanes girls soccer! Varsity plays at Berean Christian at 3:30 on Tuesday, then at home vs Mt. Diablo on Thursday at 5:30, and again at home on Friday vs Campolindo at 7:00. JV plays Campo at home on Monday at 7:00 and Friday at 5:00. The Frosh team has three home games this week: Wednesday vs Berean Christian at 3:30, Friday vs Campo at 3:30, and Saturday vs Clayton Valley at 6:00.

Come Out to Celebrate our Recruited Athletes Tomorrow!