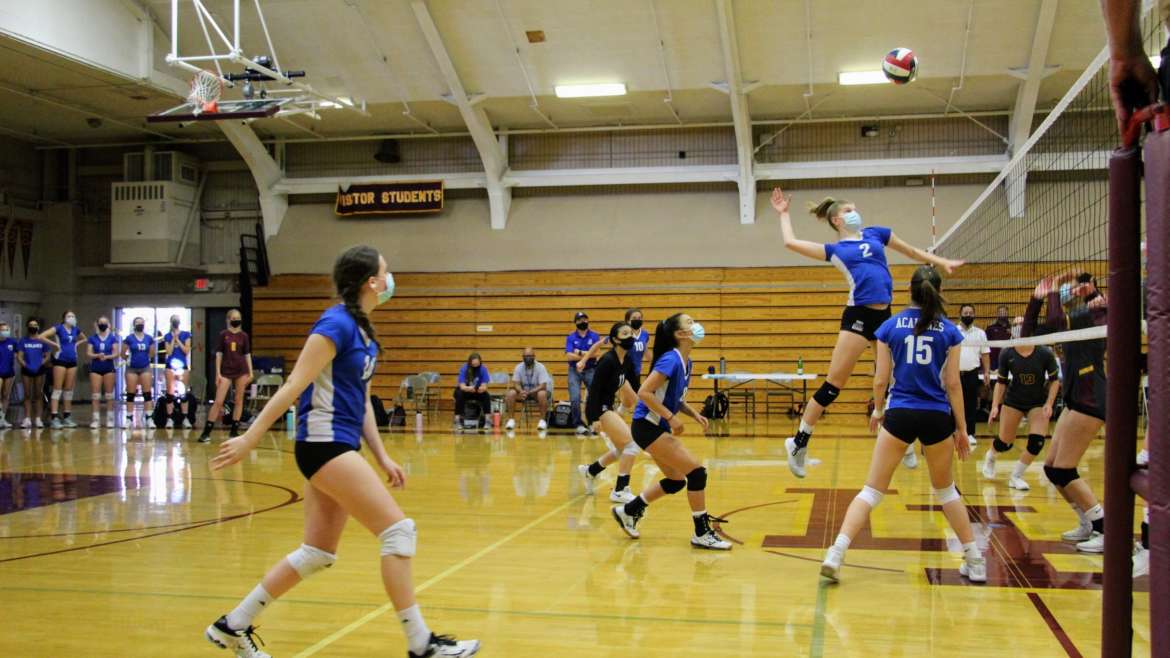 The Acalanes Junior Varsity Women’s Volleyball team delivered a strong performance on Wednesday, May 5, leading to a 25-10, 25-8 win over the Las Lomas Knights on their home turf in Walnut Creek. Acalanes played confidently and consistently throughout the whole match and sailed to victory.

The Dons set the tone and pace of the game from the very beginning, starting the first set with two aces by Mara Korzienowska, followed by an ace and kill from Ryann Jones. Meanwhile, Lyanne Wang, Kylie Choi and Georgia Winkles provided consistently solid passes from the back row. In the middle of the first set, Acalanes’ lead grew significantly to 15-4, thanks to several kills by Sofie Foster, a 5-point serving run from Ava Bunton, and a save by Kylie Choi that ended in a kill from Hanna Hageboeck. The Dons finished the set with a dump from Mara Korzienowska, kills by Marissa Hill and Cameron Drue, and a kill and ace from Ryann Jones.

In the second set, the Dons continued their strong performance. Maddie Bacon scored the Dons’ first point with an ace and several kills throughout the set. Sofie Foster also handed Las Lomas a handful of kills that completely evaded their defense. The middle of the set included a great rally ending with a kill by Jasmine Frost to bring the score to 11-6. Mara Korzienowska enjoyed a 12-point serving run that ended with the Dons leading 22-6. To finish things off, Jasmine Frost served the last three points, and she quickly produced a kill and then an ace to win the set.

The game can be viewed here: https://sporfie.app.link/t4TRLPWy1fb