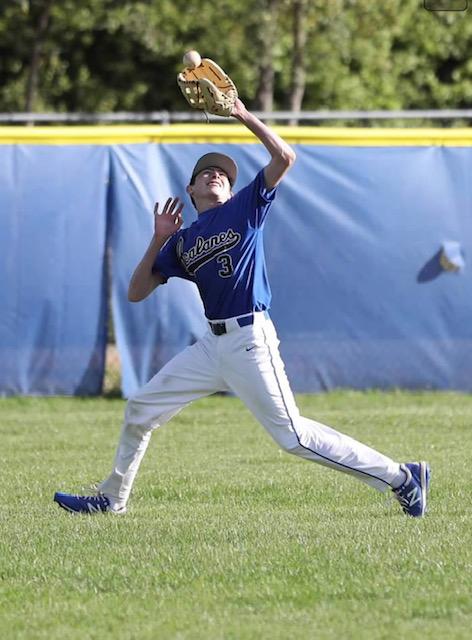 The Knights batted first and some how squeaked in one run. Dons exited out of the first inning of the game with a double play by Nikko Woodson. In the bottom of the first, the Dons started out with Paul Kuhner with a hit to shortstop, followed by a walk by Mason Michlitsch and the first run on a single to left by Miller Smith. The Dons line up all batted in the first inning, collecting 4 runs for the Dons.

The  Dons notched five runs in the fourth inning. Ellis Burger at the plate, shredded a ball to the right field ally, giving himself a double (because he is fast!) and scoring Bender and Lee.   Kyle Bielawski, Jake Boselli, and Smith also had  RBIs in the frame, putting the Dons score at 11 to 2 at the end of the fourth inning.

Kyle Bielawski led things off on the hill for Acalanes and was only pitcher for the Dons. Kyle allowed five hits and two runs over seven innings, striking out five and walking one. Acalanes collected nine hits.  Bielawski and Miller Smith all had multiple hits  and  collected two hits each to lead  the Dons. Colin Norstad, Nikko Woodson, Mason Michlitsch and Ellis Burger each had a single. The Dons  stole 11 bases during the game,. Gavin Bender led the way with three. Final score 12 to 2.

The Dons travel to Los Lomas on Thursday for another match up against the Knights. Game time 4pm