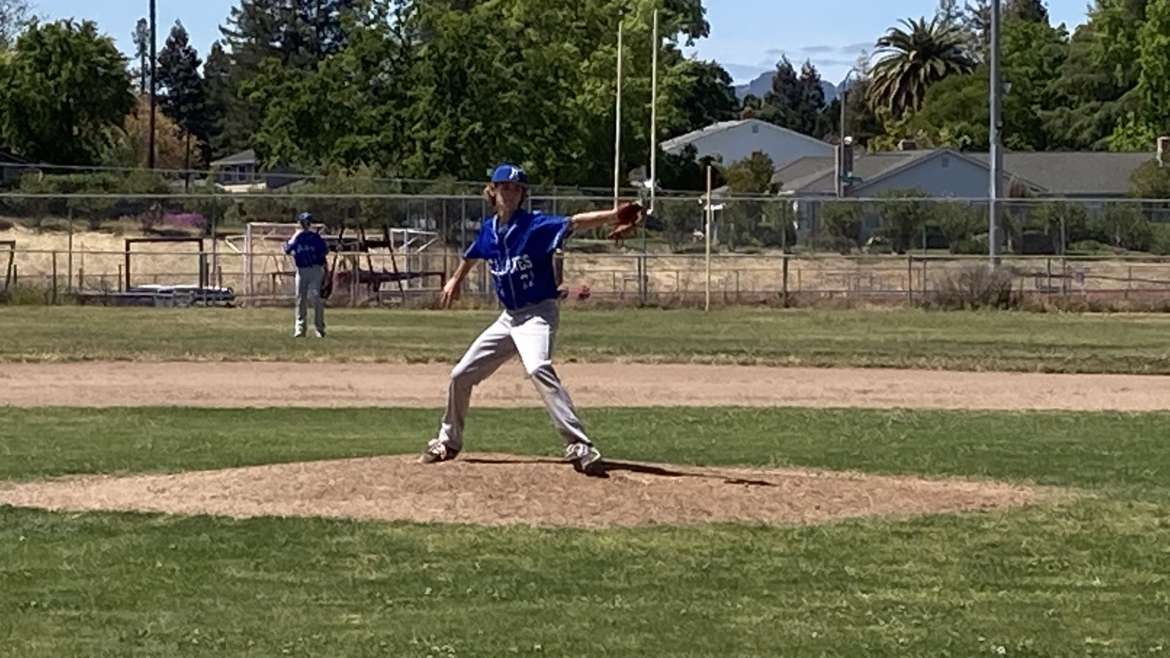 On Saturday the Freshman Dons traveled to deep Walnut Creek to take on the Northgate Broncos in doubleheader.

Game One was a back and forth affair, with both teams trying to break out offensively.  Jack Giorgianni was in command on the mound for the first five innings, striking out 5 Broncos and walking zero, and allowing three runs.  The Dons were down 4-3 in the top of the seventh inning, when the Dons’ bats came alive.  Down to their final out, Mason Zirkel line a single to right field, the Kirin Foster doubled to left, scoring Zirkel and tying the game.  After a walk, Sully Bailey then crushed a triple to right field, plating two runs.  Everett Glass then singled to give the Dons another run.  Bailey came in to pitch the last two innings and slammed the door on the Broncos offense.  7-4 Dons.  Multi-hit games were recorded by Zirkel, Glass, Bailey, and Brady Morrow.

Game Two was less dramatic, after a big fourth inning from the Dons hitters.  On the mound, Mason Zirkel was dominant, pitching five innings while allowing zero earned runs and striking out seven Broncos.  The Dons were up 2-0, thanks to a sacrifice fly by Peter Thorn and a RBI double by Brady Morrow, but the a shaky Bronco defense allowed the Dons to break it open in the fourth.  A few errors and walks led to Aiden Yates’ two-run single, and the Dons were up 7-0.  Seth Waxler had a RBI for the Dons eighth run.  For the final two innings, Peter Thorn came in to pitch and was downright filthy, striking out four of the six batters he faced.  The Broncos were able to push across an unearned run, but were otherwise stymied. Defensively, a spectacular catch in left field by Jack Giorgianni keyed the effort, and the Don’s made zero errors in the game.  Final score 9-1 Dons.

A great day at the ballpark for the Freshman, who are finally at full strength and coming together as a squad.  Next games, another doubleheader Saturday May 1st at Miramonte…come on out to support, or follow on Gamechanger!