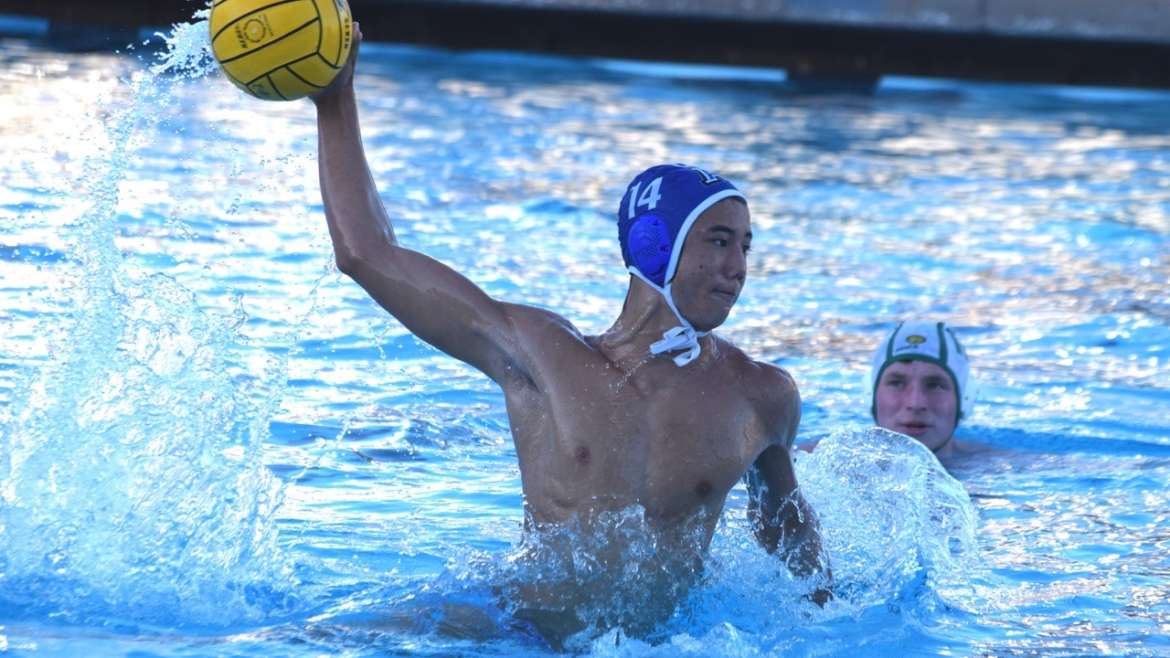 In a home game against the Miramonte Matadors, the Acalanes Boys Varsity Water Polo team lead through the first half but came up a goal short at the end, losing 8-9 in a close contest. The Dons led 2-1 after the first quarter, and 5-3 at the half. Outscored 4-0 in the third quarter, the Dons came back to within one goal with just over a minute left, but were unable to get the equalizer after pulling goalie Parker Tomkins forward for extra offensive firepower. Jay Mills had five goals and Christian Gotterup, Andrew Sappal and Eli Berkowitz each had one. Andrew Sappal and Jay Mills each had three assists, and Parker Tomkins had five saves in goal.