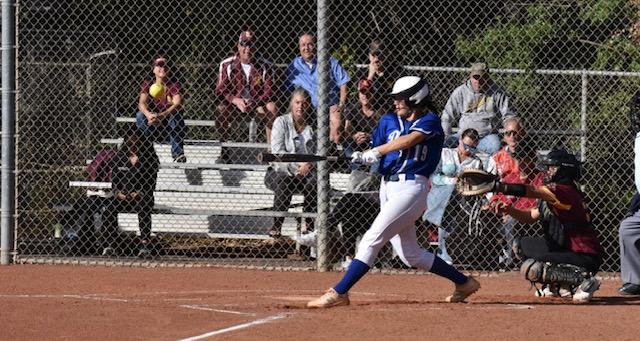 Ygnacio Valley scored three runs in the fourth inning, but the Dons still managed to pull out the victory.  The big inning for Ygnacio Valley came thanks to a single by Ally G, a fielder’s choice by Trinity, and an error on a ball put in play by Arianna.
Lady Dons got on the board in the first inning when an error scored two runs for Lady Dons.