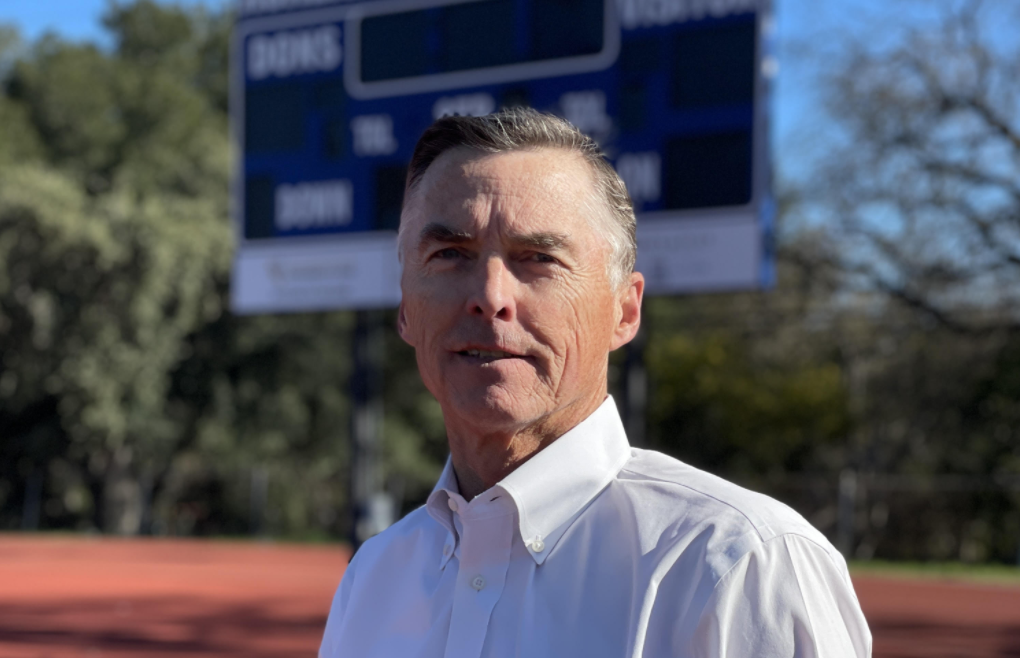 The Acalanes athletic community is fortunate to have Bill Fraser coaching and mentoring so many of our student-athletes.  Bill’s extensive volunteer work across the community for many years led the Lafayette Chamber of Commerce to recently honor him as Co-Citizen of the Year.  As the city’s official proclamation declared, “Bill Fraser, through his coaching, creates community on and off the field and builds self-esteem and confidence of the young men and women in our​ community by encouraging them to be the best they can be​.”

Coach Fraser grew up playing baseball and football in Lafayette and graduated from Acalanes High School in 1975.  He began his coaching career when he was 23 years old and living in New Mexico.  Bill later returned with his young family to Lafayette in 2001 and kicked off his legendary Lafayette coaching career with coed-Kindergarten soccer!  Over the ensuing twenty years, Bill has served in a variety of roles coaching, leading, and mentoring our youth.  Bill served on the board of the MOL Flag Football organization for 12 years, including seven years overseeing the high school referee staff.  During this time, he also developed the popular “Friday Night Lights”  game where two teams from MOL’s 3rd/4th grade division played under the lights at halftime of an Acalanes Varsity football game. What better way to get kids excited about Dons football!  Coach Fraser also coached in Lafayette Little League and has worked closely with Scout Troop 204.

In 2014, the Dons athletic community was lucky to have Coach Fraser join the coaching staff of the JV girls lacrosse team and he is currently in his third season as the Varsity head coach. In 2016, Bill was recruited to also coach freshmen and later JV football for the Dons.  Bill’s players consistently mention their appreciation for both his coaching on the field as well as his mentoring for life off the field.  Coach Fraser’s players admire his dedication and see him as a positive role model. As his lacrosse coaching partner Steven Seiler noted, “his players love him and his commitment to them” and Seiler also highlighted how Bill focuses on the student-athlete’s overall experience and not just their performance on the field of play.

When longtime Acalanes football coach Greg Young honored Bill with a speech at the Chamber’s recent ceremony, he highlighted Coach Fraser’s commitment to the Dons program in the midst of Covid in the summer of 2020.  During that challenging and uncertain time, Bill did double duty by coming out to afternoon football practice then running home for dinner before heading back to Acalanes to lead the evening lacrosse practice. Young explained that Bill did because he loves coaching and because he knew his community needed him.

Please join us in saluting Coach Bill Fraser for his extensive efforts on and off the field with our student-athletes.  He clearly has had a very positive influence both in the Lafayette community and specifically at Acalanes over the past eight years.  We are fortunate to have such a caring, committed coach here at Acalanes, especially one who is willing to coach two sports!