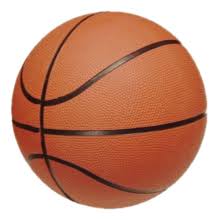 The Lady Dons improved to 14 and 2 on the season behind another very strong second half defensive effort.  It was quite a resilient performance after losing six-foot Dulci Vail to an ankle injury for the game in the 1st quarter.  After back and forth action early on, Clayton built a lead in the first half on the back of endless defensive breakdowns by the Dons.  Clayton went into halftime with a 10 point lead and appeared to be firmly in control, especially with the injury to Dulci.  Coach Margaret made a halftime adjustment of going to the 2-2-1 press to start the 2nd half which completely changed the game.  The Dons’ defensive pressure proved to be too much for Clayton, as a double digit deficit turned into a double digit lead in the second half.  Kelly Todhunter and Niki McCarty did a great job filing the gap of Dulci being out.  Karyss Lacanlale was the scoring leader with 19, while Sophie Chinn added 14.  The girls are in action next on Wednesday against Miramonte.