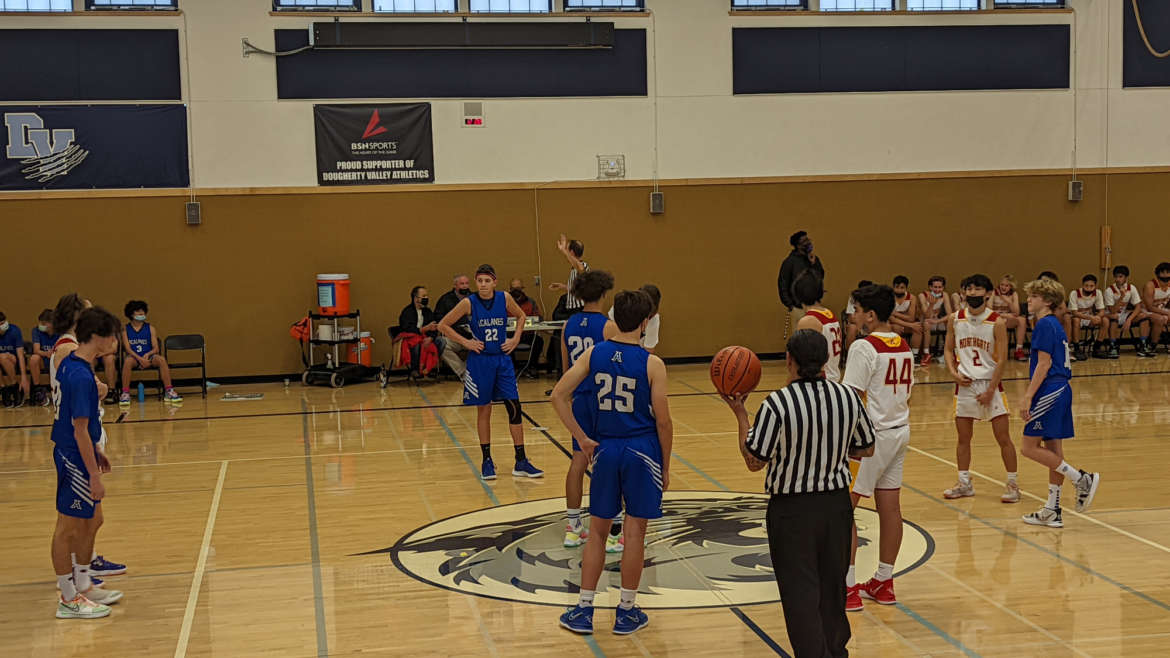 Still riding high off their big OT win against Foothill in the first round, the Dons started off strong against the Broncos opening up an 8-4 lead. Avyn Morales scored the first eight points with the and-1 on our first possession, a three and another bucket – two of those plays coming off assists from Sam Bishop. Northgate came back hitting a three to take the lead 9-8 with a few minutes left in the quarter. Alex Saegert continued to look like a man on a mission taking it to the rack for a lefty finish after a beautiful pump fake in the corner. Saegert followed with a dish to Drew McKenzie for a nice baseline jumper. On the next possession, McKenzie added another pump fake and drive bucket and the Dons were in good shape up 14-11 at the end of the first.

The Dons kept their mojo rolling as Brody Darin scored on a sterling drive to the hoop and Maddox Malm fed McKenzie in the post to maintain a 19-14 lead. After a Morales hoop, the Dons were still up 21-17 but Northgate switched to a half court trap with three defenders in the backcourt that started to cause problems. The Dons clung to a 22-21 advantage at the break with the Broncos starting to gain momentum.

Northgate stayed in their aggressive trap and scored the first five points of the half grabbing a 26-22 lead as the Dons had trouble getting good looks on offense. Morales cracked the code for a moment finding Malm for an easy layup. After Northgate hit a three, Morales scored again in the post with Acalanes down 29-26. The Broncos added to their lead with the score 33-26 at the end of the third.

In the fourth, Morales had another SportsCenter highlight with a gorgeous steal and behind the back showtime fast break layup finish. A Dylan Rocca patented runner and Bishop putback had the Dons down 46-37 but anytime we made a small push, #10 was there to twist the knife a little deeper as he put on a shooting clinic with four threes in the period. The Dons unfortunately ran out of gas and were unable to stunt the Broncos momentum as the final was 51-37.

The Dons fall to 3-4 on the season and will face the loser of the Newark/Irvington matchup tomorrow (Thursday, December 30th) at 12pm at Dougherty Valley in San Ramon in the Third Place game. The Dons also will get a rematch with Northgate next Thursday, January 6th at home at 4pm. GO DONS!!!