Frosh Dons Scored First, But Could Not Get the Win 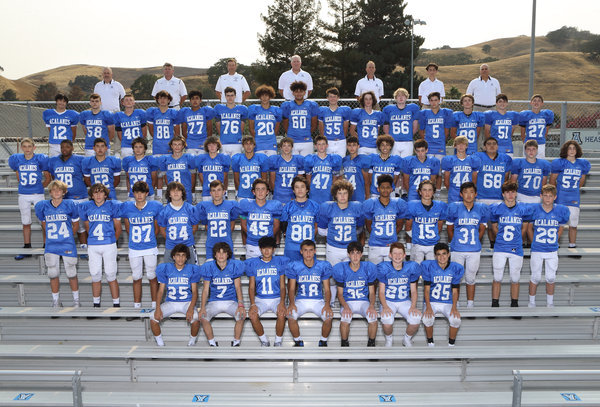 The bad news is that the freshmen lost a football game to Campolindo 20-12. The good news is that the Dons more than held their own in the trenches – on the offensive and defensive lines. This bodes well for the future. While it was an off day for the passing game, Acalanes ran the ball all over the place.

EITAN ROMICK was a beast running both between the tackles and outside on the option pitch. NIKO WHITE switched from wide receiver to running back in the second half and carried the ball numerous times for big gains. Both ROMICK and WHITE scored touchdowns. They can thank the offensive line of JAKE YOSHINAKA, ANDREW TRESSER, ELI LAIRD, DREW McKENZIE and JADEN McCLANE for its outstanding run blocking.On defense, both JONAH RIVERA and JADEN McCLANE had huge sacks of the Campo quarterback. RAFAEL ALVAREZ was solid at nose guard.

As a result, most of Campo’s good running plays were sweeps and outside runs. JAKE HAWKINS had some nice tackles at cornerback for the Dons. DREW HANSEN and JAKE YOSHINAKA nailed an opposing player on a kickoff. JADEN McCLANE – an offensive tackle – had a long run on the option pitch.The 5th quart

er provided some joy for Acalanes as JAKE COLACO threw touchdown passes to ALEX CORTEZ and QUINN ALVARADO. The Dons will look to get back to their winning ways at home next week against Granada.

JV Football Finishes Season with a Win, 23-0 with Only Playing Two Quarters