Frosh Volleyball: We Bring Our A Game to Win 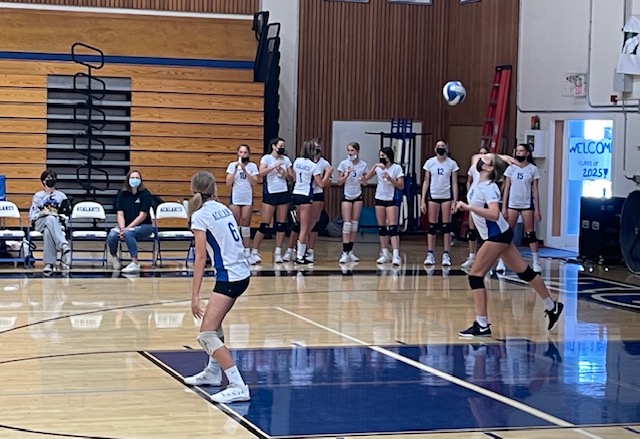 Freshman Girls Volleyball dominated in their pre-season game against Pittsburg, winning in two consecutive sets. In the first set, libero Fiona Roux and hitters Mimi Maycock, Emme Cain, Addy Ames and Addie McShane helped the Dons keep a wide lead.  Both Grace Gallacher and Megan Churchill tipped the ball over the net to gain advantage. Most impressive was the Dons’ serving, with aces from Liza Gulberg, LilyMcKinney and Emma Seelenbacher. Emma had an amazing 13 consecutive serves including 8 aces! Dons won 25-7.

In the second set, the Dons took an early lead with spikes from Hannah Burks, Addison Jones and Skylar Platto. Kat Nicolackakis dominated with offensive passes and Grace impressed in her debut game as a setter. Aces from both Emma and Lily were impossible to defend, and the Dons walked away winning with a score of 25-16.

Tyler Murphy looking forward to his next stop Cal Football