In Battle of Titans Mats Beat Lady Dons in Polo 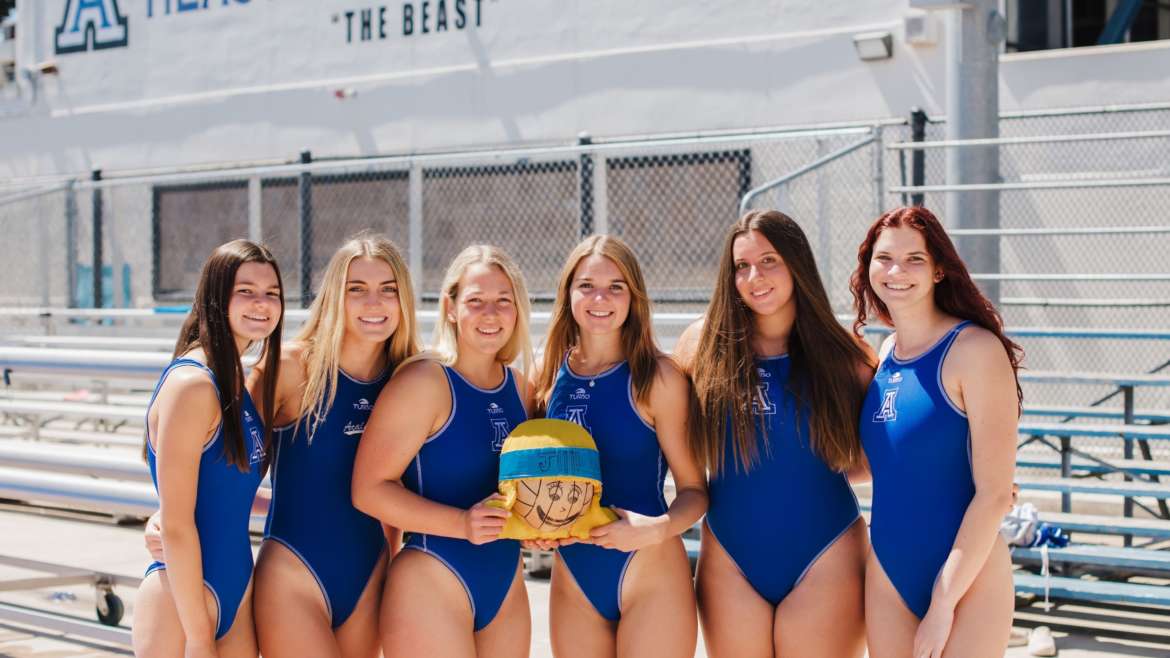 Wednesday was a night that was not to be for the Lady Dons in their return league match with the Matadors of Miramonte. The Mats had ended the Dons 59 game winning streak earlier in the season and the Dons were out for revenge. But, despite out shooting the Matadors of Miramonte, the Lady Dons fell behind early and couldn’t convert their opportunities and eventually lost out.

The first quarter began with both sides pressing hard but failing to create clear opportunities before Miramonte managed to convert from an inside pass. The Dons fought back and were awarded a five-meter penalty shot when Claire Rowell was fouled but Heidi Heffelfinger could not convert. Miramonte then scored again from a pass in to center before a lackadaisical Dons gifted the Mats a third goal when they failed to chase back in defense. The Dons eventually got on the scoreboard when a long pass from goalie Ava Donleavy found Claire Rowell to score. The Dons continued to struggle to convert their chances before the Mats scored again and then scored a fifth on a powerplay after Claire Rowell was excluded for a foul. The Dons were down 1-5 after the first quarter.

The Lady Dons had a mountain to climb but fought back hard in the second quarter. Alex Mould made a pass in for Alana McCartney to turn and score from set and then Mould made a slick pass in to Claire Rowell to catch and shoot. The Dons had halved the deficit. Miramonte pulled a goal back before Emma Miller drew a five-meter penalty shot and it seemed that the Dons were on a roll but the momentum turned again as the Miramonte goalie pulled off a great stop from Claire Rowell’s penalty shot. The Dons kept fighting and Alex Mould drew their third five-meter penalty shot of the game which Heidi Heffelfinger converted. The Lady Dons had pulled the score back to 4-6 but right on the half-time buzzer the Mats fired a lob from half tank that somehow crept into the corner of the Dons goal. It was 4-7 at half-time.

The Lady Dons started the third quarter strongly and despite the Miramonte goalie continuing to show strong form scored a great goal when Emma Miller passed cleanly in to Carol Schirmer to catch and score. The Dons defended strongly before catching Miramonte out with a fast break when Ava Donleavy passed long to Claire Rowell who held off two defenders before placing the ball past the Miramonte goalie. Despite missing two five-meters the Dons had got the deficit back to just one goal. It was now Miramonte’s turn to miss a five-meter opportunity as Ava Donleavy made a great stop. However, the Mats kept coming and scored to end the third quarter 6-8. The Dons kept pressing in the fourth quarter but were beginning to tire and could not convert their remaining chances. The Mats scored twice more to kill the game off and leave the final score at 6-10. It was a night of what could have been. After a slow start the Lady Dons had nearly pulled the game around before tiring in the final quarter. Claire Rowell scored three goals with one each from Alana McCartney, Heidi Heffelfinger and Carol Schirmer. Alex Mould made two assists with one from Emma Miller. Alex Mould made three steals, Alana McCartney made two and there was one from Emma Miller. Ava Donleavy made six saves. The next game is against Davis High School at Campolindo on Friday at 7.30.