Boys Varsity Volleyball Comes Back to beat the Knights in Three 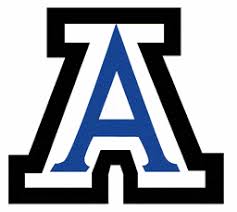 The Boys varsity volleyball team took on Los Lomas last night on the Knight’s home court.  The Dons got off to an early lead, but gave it up and fell behind after a timely timeout by Los Lomas.  The Dons came back on some killer hits from Austin Kinnear, Harry Mannering and Gavin Zylstra, along with strong back row play and late game serving streak by Liam Stancik.   With the score tied at 24-24, Los Lomas called a double timeout (back to back timeouts) to successfully freeze out our serve and ultimately take game one 26-24.

In the second game, the Dons showed their dominance with continued strong play from the pin hitters (Austin, Harry and Grant), that was accompanied by dominating blocking and hitting from middles Tommy Bieker and Liam Bodner. Consistent passing from Liam Stancik, and spot on sets from Erik Moen, helped set the table for the Dons to take game two.

In game 3, the Dons carried over the momentum from game 2, and took an early and convincing lead that allowed for multiple substitutions off the bench – which  included a few JV players that were brought up for this match.  Dons win game 3 and the match.  Great job Dons.! Next up – Clayton Valley tonight at 6pm.