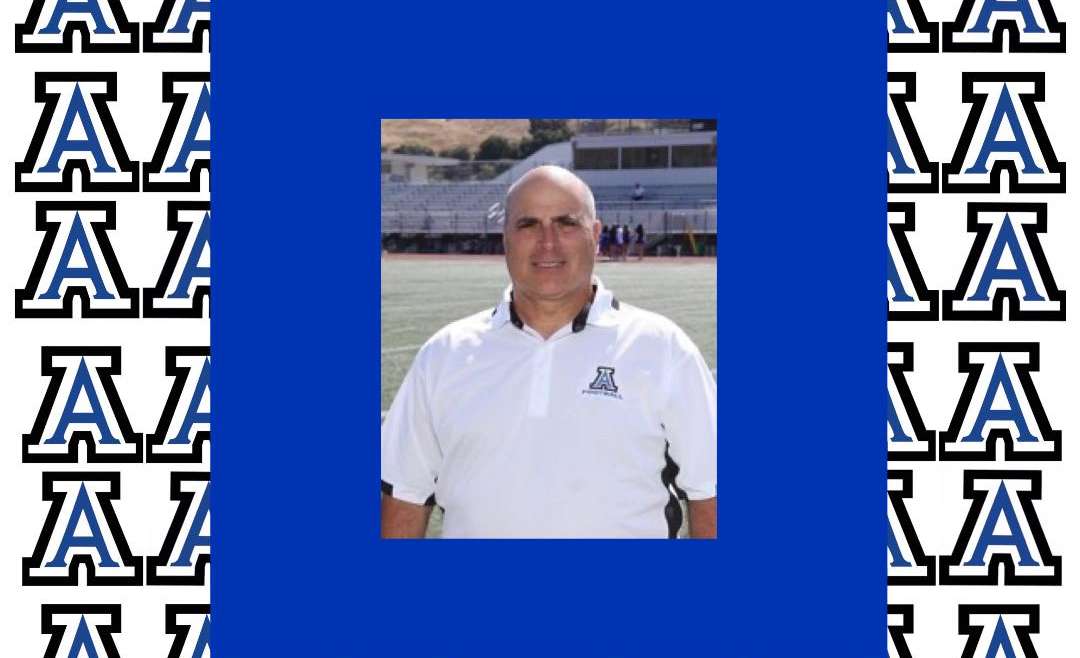 And you thought coaching high school football was all about Xs and Os, blocking, tackling and making sure these kids begin to learn something about what it means to be young men . That’s all true. But Coach Bill Hansen wants the Freshmen players to remember something about the year besides the final scores, the big plays…and that is friendships in brotherhood.

The biggest benefit of playing freshman football is the friendships made in the days before school even starts. Just a few weeks with your new teammates can cement friendships that will make that first day of walking on campus even better than it would be otherwise. The Freshman football head coach sets the tone to school and rolls out the red BLUE carpet for the new Dons.

Covid as we know changed up rolling out the blue carpet. Covid has taught Coach Hansen to be a more patient coach.  There are always things we can not control and Covid is a obviously a new one.   The Freshman coaching staff have learned to take it one practice at a time and to value each practice.  Coach Hansen and Freshman coaches only have a very limited time with our players each week and need to make each practice count.
Coach Hansen shares: We had to think outside the box and find new ways to practice – not being able to use equipment (including a football) was a challenge but we adjusted.  The players benefited in a few ways.   Having smaller groups has benefited the players by getting more individual attention.  By not having contact we have spent more time on the fundamentals which improves them having a solid foundation. Players have had more time to learn plays both for offense and defense.   What I am seeing is more players a whole are learning.

This 2020 Freshman group is a large, a total of 52 strong, eager and enthusiastic Dons. This is the largest group Coach Hansen has ever coached.    Based on the Freshman coaching staff input and Coach Hansen‘s observations – talent wise – this could very well be the very best freshman team in the school’s history (insert fireworks exploding here). I hope we get to have a Freshman season, because it will be fantastic! It will be up to them to find the leaders this team needs to take this team to a league championship when they become Juniors. If this group can stick together there is no doubt they can be successful a team.   But it will be up to them to decide what they want.  They must decide if they want to put in all the hard work and long hours necessary to become a winning and a championship team, proudly states Coach Hansen.

Before Coach Hansen became freshmen head coach, Coach Young (JV head coach) and Coach Hansen coached the freshmen together for seven years. Coach Young praises Coach Hansen : In eleven years, I’ve never met a coach who cared more for the players than Bill. He cares about their family life, education, and self–esteem. He’s the real “Dad” of the program. The program, especially the players, are so lucky to have him. Some people call him Coach Hansen, but his fans call him Big Daddy.

Coach Hansen graduated in 1980 ‘from that school in Moraga’ and played under Head Coach Dan Hagan.  He also played under Gordon Finn, at Del Valle High School prior to its closing, as linebacker and fullback. Bill continued his football career at Cabrillo College in Aptos as a linebacker and graduated from California State University, Sacramento. Coach Hansen is in his seventh year as a coach at Acalanes with the previous five as defensive coordinator at at the freshman level. This is his second season as the freshman head coach.

Coach Hansen and the Frosh Coaching Staff want to share this message to the Dons Football community:

With or without a season – this team is a WINNER!!!

We miss you!!  We hope that we can all be together as a team, a family and a community soon!  The boys are working so hard, with possibly no end in sight. We all know that’s difficult and each and every one of them has stepped up.  They’ve made all of the coaches so proud.
My coaches and I would like to let each and every parent (especially the Moms) know how much we all appreciate the trust you’ve put in us in these uncertain times. Football is a tough game, but this year has been unique to say the least and we know how scary this can be and letting us coach your boys for a few hours a week has been a real honor.

Life without Acalanes Football we feel aimless, lost, and adrift– like a quarterback with no center, nachos without cheese or Beyonce without Jay-Z