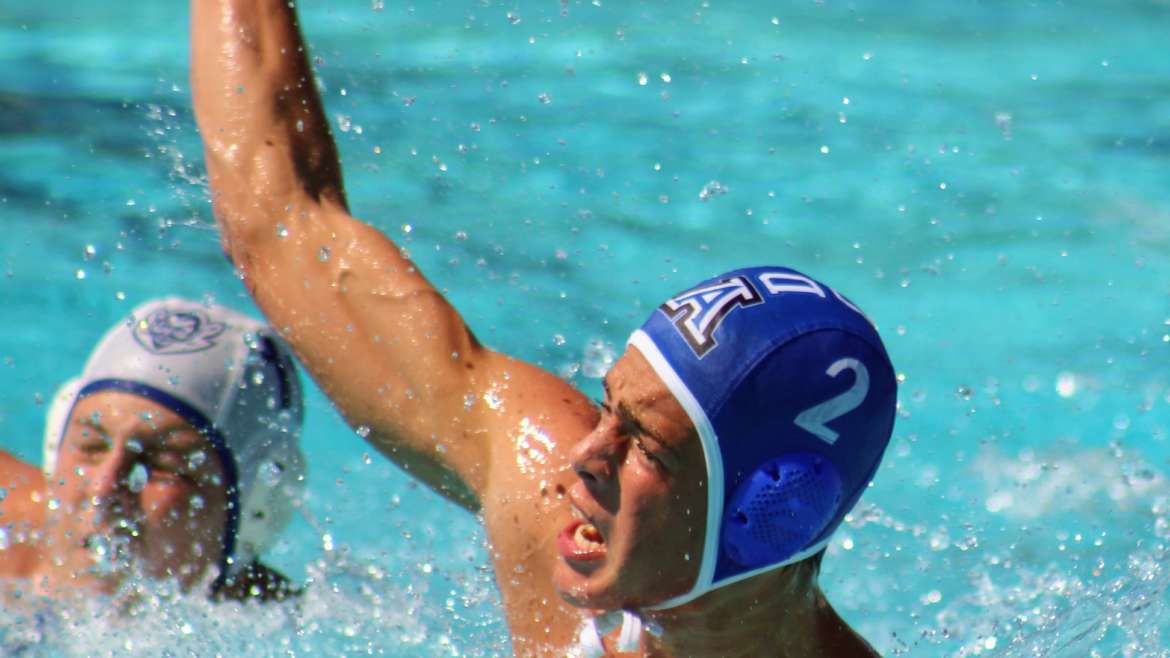 On October 4th and 5th, the Acalanes Boys Varsity Water Polo team participated in the S&R Sport tournament in Irvine, competing some of the top teams in Southern California. They lost the first game Friday morning 17-4 to the eventual third place finisher Foothill. Mac Darin had two goals, and Charlie Bettencourt and Jay Mills each added one. In the Friday afternoon game, the Dons were down by only one goal late into the second quarter, but eventually lost to Los Alamitos 13-6. Mills had three goals, Darin had two and Ethan Del Rosario added one. Saturday’s games were both close contests. The Dons faced Davis in the first game, and while leading after three quarters they fell 8-7 after Davis scored the go ahead goal with less than a minute remaining. Darin led Acalanes with three goals, sophomore Will Stryker had two and Peter Archer and Bettencourt each had one. The final game against Jesuit HS was the most exciting one of the tournament. Jesuit led 6-4 at halftime, the Dons had tied it after three quarters and at the end of the fourth quarter the Dons went up by a goal with 19 seconds remaining on a penalty shot by Darin, only to have Jesuit send the game to overtime with a goal with 8 seconds on the clock. Still tied at 12 after two 3-minute overtime periods thanks to a tying goal from Stryker with less than a minute to go, the next team to score would be victorious with a “golden goal.” Unfortunately for the Dons, Jesuit scored after a couple minutes, defeating the Dons 13-12. Darin led the team in scoring with 6 goals, Stryker had 3 and Bettencourt, Mills and Mike Winther had one each.

The Dons traveled south to the valley of silicon to compete in the Leland tournament. The Dons honed their skills and conquered a respectable 2 out of 3 teams. Go Dons!!!!!